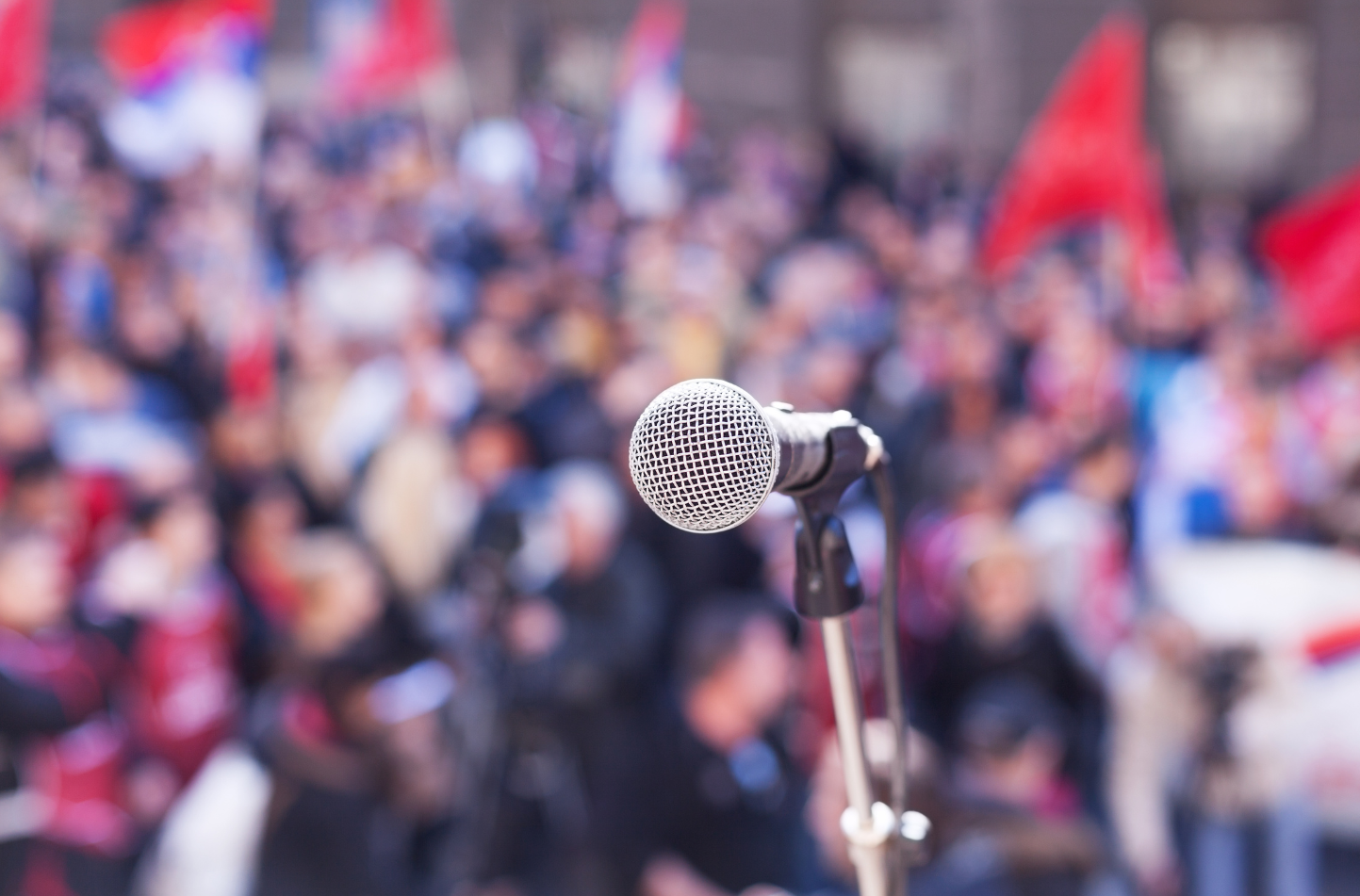 Another Day at the Office: The Normalization of Violence against Women in Politics

The world of Canadian politics is contentious and full of duelling ideologies. These struggles and their outcomes have an enormous impact on Canadian lives—though the role of politics in shaping our reality is sometimes minimized and political apathy remains all-too common. For those of us who have caught the spark and become involved in the political arena, we share a common experience of believing wholeheartedly in change. We know that progress is possible when voices join in unison, and we care passionately about shaping our society for the better.

There is another, darker experience that is shared by women who enter the political realm. Whether she is a candidate, in a behind-the-scenes role, or in a position of elected authority, a woman’s involvement in politics means that she will have lived experience(s) of violence as a direct result of her participation.

Colonial violence and misogyny have deep roots in the underlying systems of our world. These insidious forces continue to shape our modern realities. But they are human constructions, and this knowledge brings hope: social constructions created by us can also be destroyed when we work together, using our words and our actions and holding one another accountable.

I have always been committed to social justice, diversity, and inclusion. Raised and educated with the knowledge that the contributions of women and girls are the lifeblood of our societies, my family, mentors, and loved ones ensured I was exposed to information that fostered this worldview. I learned that communities with more gender equality are proven to have improved health outcomes for all people, including higher life expectancy and self-reported health indicators, alongside lower rates of depression, anxiety, and alcohol consumption.[1]

Following my belief in the importance of gender equality and in democracy, I have spent many years working with advocacy organizations, constituency association boards, and directly on political campaigns. With each new experience, my passion for achieving a just and equitable society has grown, and so too has my knowledge and real world understanding of the barriers women face in politics. I have witnessed first-hand the violence that targets and endangers women the moment they step into the political arena regardless of their political party or affiliation.

In fact, it has become ‘normal’ for women in politics to sustain abuse from their colleagues and the larger public, in forms that include:

These are just some of the forms that violence can take. It can also escalate to physical assault, sexual assault, and femicide (the murder of Jo Cox, and the shooting of Gabrielle Giffords come to mind).

The recent verbal abuse against Deputy Prime Minister Freeland on her home soil in Alberta[2] was called a “disgusting display of hatred and abuse” by Grande Prairie Mayor Jackie Clayton. It is also an unfortunately unsurprising occurrence. The verbal abuse she experienced reflects the ways we have been socialised to regard women broadly, and women in positions of leadership specifically. Many people responding to the widely shared video shrugged it off as something that people in public positions somehow ‘deserve,’ that they entered politics knowing that it would be a ‘rough ride.’

But no one deserves violence. This type of violence—which occurs against women at much higher rates than men—is not something that should be expected nor accepted. It currently occurs at every level of government and plagues every woman politician. People with intersecting identities experience compounding violence—the rates of abuse are even higher against Indigenous women, women of colour, 2SLGBTQ+ people and those who can be targeted based on their religion, age, marital status, and more.

The level of violence directed at women in positions of leadership is an issue that is far worse than the public may realize, and it is only intensifying. Engrained sexism may be the root, but it also points to an empathetic failure to value one another as human beings. The violence perpetrated against women in politics eerily parallels the violence that exists in relationships with domestic or intimate partner violence.

People who use violence in a domestic relationship attempt to control their partner by making her fearful for her safety. Indeed, much of women’s daily realities—not just in their intimate relationships—are shaped by the ongoing threat of violence through the social positioning of women as lesser than [men]. One of the best ways to understand this concept visually is through the Duluth Power and Control Wheel[3], which was developed based on the lived experiences of survivors of domestic violence. The most lethal form of violence is coercive and controlling violence[4], which creates a continuous context of fear through the ongoing threat of physical and sexual violence. The dominant methods used to exert power and control by perpetrators include: using intimidation, emotional abuse, isolation, minimizing, denying and blaming, using children, using male privilege, using economic abuse, and using coercion and threats. Together, these tactics compound and overlap to shape the lived experiences of women. These tactics are reflected in Lift Her Up: Power and Control Wheel for Women in Politics published by Alberta Council of Women’s Shelters (ACWS) in 2021[5].

Lift Her Up is an ongoing non-partisan campaign initially launched by ACWS leading up to the 2017 Alberta municipal elections. In early December 2016, a crowd of approximately one thousand demonstrators, gathered outside the Alberta Legislature in Edmonton, chanting “lock her up” about the then-Premier and leader of the Alberta New Democratic Party, Rachel Notley. The group was there to protest an environmental tax but the gathering quickly shifted into a personal attack on the then Premier. Shelter directors from domestic violence organizations across the province came up with the counter message of “Lift Her Up” to encourage issue-focused conversation during the political process. The 2017 Lift Her Up campaign asked candidates to pledge their commitment to run a violence free campaign: 324 candidates across 26 communities signed. The campaign was revived during the municipal elections of 2021 and continues to advocate for support for women leaders.

Jan Reimer, Executive Director of ACWS, said, “In 2021, we see the continued need for activism that supports respectful campaigning and an overall culture of inclusion. Lift Her Up is about supporting the advancement of women in leadership roles, regardless of where they fall on the political spectrum. People who experience marginalization because of their sex, gender expression, race or culture deserve a seat at the table without facing sexism or hate in the election process.” Reimer is, herself, a veteran of municipal politics and was Edmonton’s first (and to this date, only) female mayor, serving two terms from 1989 until 1995.

Organizations such as Equal Voice Canada[6], Ask Her YYC[7], Parity YEG[8], and Political D.I.V.A.S.[9] and many others, have formed over the years to uplift and prepare women for the realities of the political realm. Organizations like these provide a safe space for women to learn and to discuss the barriers that women face when running for office. Challenges around fundraising, lack of access to wealthy social networks, and the increased threat of violence are all barriers to women’s participation in politics[10]. On average, women are asked to run for office 7 times before they take the plunge, but when they do, they win just as often as anyone else on the ballot[11]. This hesitancy to run is not dissimilar to the process that many women go through when they prepare to leave an abusive relationship—there are often many intertwined and complex factors they must consider as they assess their own safety and the safety of their children.

The task of eradicating violence in our communities is a responsibility that often seems to fall to women. Men and boys also have roles to play in this gargantuan task, but it is only in more recent years that people have begun to understand that gender-based violence is more than a “women’s issue.” Without representation in political systems, equality for women can never be achieved. We need women in positions of leadership to make meaningful changes that better the systems we work, socialize, and live in.

There is a powerful message in seeing women in positions of leadership. Deputy Prime Minister Chrystia Freeland, MP Michelle Rempel Garner, former Minister of Justice and Attorney General Jodi Wilson-Raybould, former Prime Minister Kim Campbell, former Deputy Prime Minister Sheila Copps, former Premier Rachel Notley, or Mayor Jyoti Gondek all demonstrate through their very presence, the importance of representation. The personal is indeed political. We all have the power to lead change – every one of us can set a positive example for others by calling out (and calling in) problematic behaviours when we see them. We have a massive opportunity to achieve a world that is more equal and just by supporting the women who are leading and embracing change. Encouraging women’s participation in politics means insisting on more respect for women in leadership roles—and refusing to accept the tactics of violence that are intended to keep women out of them.

Find out more about Leading Change™ at: acws.ca/leadingchange/

Alyssa Hartwell (she/her) is a Leading Change™ Community Developer with the Alberta Council of Women’s Shelters. She holds a Bachelor of Arts (Hons) from Mount Royal University and a Master of Public Health and Social Policy from the University of Victoria. Alyssa specializes in wholistic, trauma-informed prevention strategies to eradicate gender-based violence including intersectoral collaboration, survivor advocacy, capacity building endeavors, and community development. With a particular affinity for empowering women and evoking systemic change, Alyssa has delivered and developed public health curricula for over twelve years at post-secondary institutions and through the Alberta Society for the Promotion of Sexual Health. Alyssa also has front-line experience as a Counsellor at the Calgary Women’s Emergency Shelter and completed her graduate practicum at the Association of Alberta Sexual Assault Services.

[6] Equal Voice. (2022). About Equal Voice: Dedicated to electing more women to all levels of political office in Canada. Retrieved from https://equalvoice.ca/about/

[11] Center for American Women and Politics. (2022). Barriers to Progress. Retrieved from https://womenrun.rutgers.edu/2018-report/barriers-to-progress/