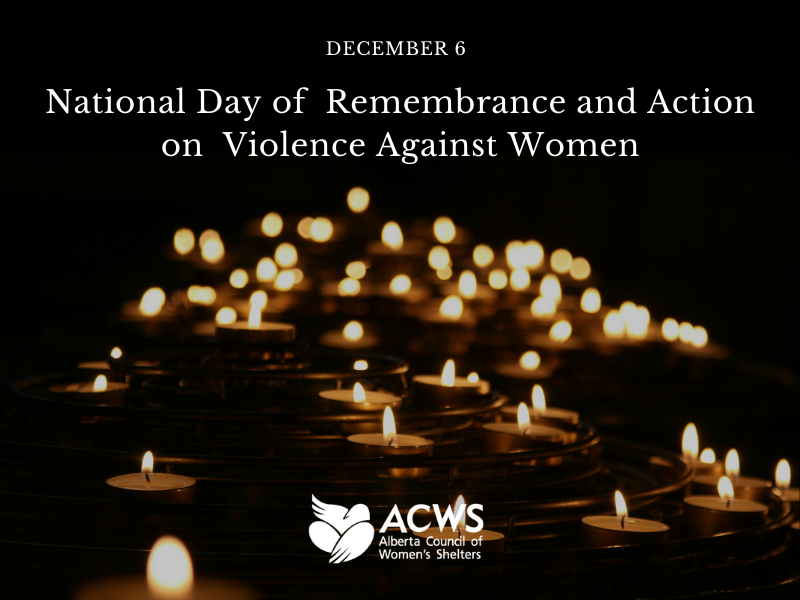 December 6th is the National Day of Remembrance and Action on Violence Against Women. It is also known as White Ribbon Day. On this day in 1989, at Montreal’s École Polytechnique, a man armed with a semi-automatic weapon entered a second-floor mechanical engineering class of about sixty students. The man separated the nine women from the approximately fifty men and ordered the men to leave. He specifically targeted women in that classroom, and later throughout the rest of the school and killed them. In total, 14 women were murdered. One of them was a staff member at the University. He also wounded 13 other people. He left a suicide note and killed himself, too.

The shooter was a student who was failing out of school and wanted someone outside of himself to blame, and he saw women who were doing better than him. He killed them because they were women. It is because of misogyny that innocent women lost their lives that day. That’s why it is so important in all the work we do to interrupt the social attitudes, behaviours, and ideas that allow misogyny to be an excuse for violence because it has such real implications on women’s lives.

The Montreal massacre is, to this day, one of the most fatal instances of gun violence from a single shooter in Canadian history.

Every December 6th, it is important to focus the conversation on what we can do to change this culture of violence. We focus on women on the National Day of Remembrance, because it was their lives that were lost.

One of the best ways we can think of to honour them is to say their names aloud. Here are the names and ages other women whose lives were tragically lost that day.

Our work at ACWS and in the shelter sector, every day, is to focus on the women. We will keep women’s safety at the forefront of our work, and today we will take pause to remember all of the women who have lost their lives to violence.